I finally managed to draw today. It was difficult. It required drinking and no small amount of swearing. I committed my awfulness to paper for the world to see.

And oh yes, you are going to see it - because that's part of the point, after all.

The assignment was three-fold: 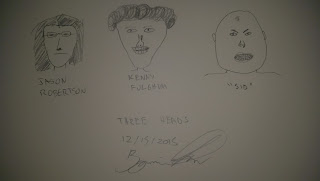 Jason Robertson was a guy I went to school with at Augusta Raa Middle School in Tallahassee, Florida - one of my few good friends from that miserably awkward part of my life. I have no idea where he is now (tho if any of you know him, send him my best), and I'm sure if he saw this he would probably not recognize himself.  The closest resemblance are the glass frames.

Kenny Fulghum was my absolute best friend in grade school. He could make me laugh instantly, which landed me in constant trouble. That's supposed to be a smile, but it looks like seriously chapped lips. I'm sorry, Kenny, that I made you look like a villainous rutabaga.

"SID" is a guy I used to work with at a previous job, whose real name I will not disclose. We called him SID because he once screamed at us to SHUT IT DOWN when we were having a discussion near his cubicle about someone who had just resigned, mostly due to the fact that SID was a thundering, epic, magnificent armpit sniffing shitsmear. I'm not at all sad that I made him look like a psychotic Charlie Brown. Of all these drawings, he is closest to life.

2) Sit in front of a mirror at arm's length and draw a self portrait.

I give you, "Self Portrait". 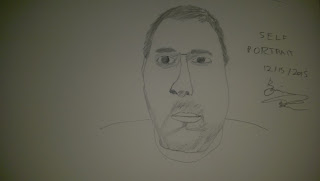 I don't even know where to begin with this. It looks like my nose has been broken, which it has not. It looks like there are 4 inches between my nose and my lips, which there are not. It looks like someone punched me on the left side of my face, which they have not - at least, not today. The only thing even remotely close is the hairline, which most certainly is that high on my forehead. I tried to draw my five o' clock shadow but it looks more like someone branded me in the face with a radiation symbol. 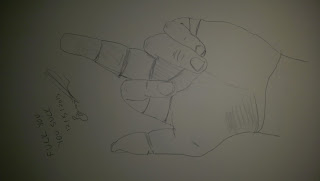 All I can say is, holy fuckballs, my thumb is WAY fatter than I thought.

So many interesting things about these exercises. Just getting started was SO difficult! I'm not sure I understand why even. I'm used to being bad a shit - in fact there's so little I'm actually really good at that it doesn't bother me any more. But being bad at drawing feels so much more like a personal failure rather than a failure of DNA to align - I honestly don't know why.

Drawing shit from memory is god damn impossible, but it's supposed to be. So what happens is that you draw using patterns in your brain from when you last really drew anything. For me that was grade school (not counting the giant colander penis), and yeah, if you took ANY picture I drew from then and compared, you absolutely would not be able to tell the difference between them and any of the faces in Three Heads. Disturbing but also totally sensible.

And then you draw yourself, which is a mindfuck of monumental proportions. The book says, and I get it, that the purpose is to compare you drawing a face you're looking at right now versus the ones you did from memory. You can totally see my eyes are drawn pretty much the same, I still suck at drawing mouths, and I've almost no sense of proportion. I just don't know where anything properly goes. The only thing really different is the hair, which isn't bad in retrospect.

Drawing a hand, then, allows you to take personality out of what you're drawing save for the style of drawing itself - how you chose lines, what your eyes focus on as details worthy of reproduction, etc. I tried to do some shadowing here. The proportion between fingers isn't terrible, aside from looking like I banged my middle finger with a hammer. It does, I think, look like a hand. WAY more than I expected to accomplish, honestly.

Reading about all of this is an utter fascination to me - the doing of it a hundred times more fascinating, even. I'm surprised at how BADLY I want to be able to draw well. I can almost feel some struggling, nascent hope in my heart that this is a thing I can actually do, and I have to squelch the instinct to crush my own hopes with self-loathing. I wish I knew why it felt like this. I have no idea what I'm uncovering, or what it means.

In the stock room you have mislabeled these two items. I am more than a Stock Keeping Unit (SKU) number. You will see from these pictures that what you have sent is NOT Ultima Replenisher, Red Rasberry in the 4.6 oz size. Can you please send me the correct item?

Thanks so much,
W 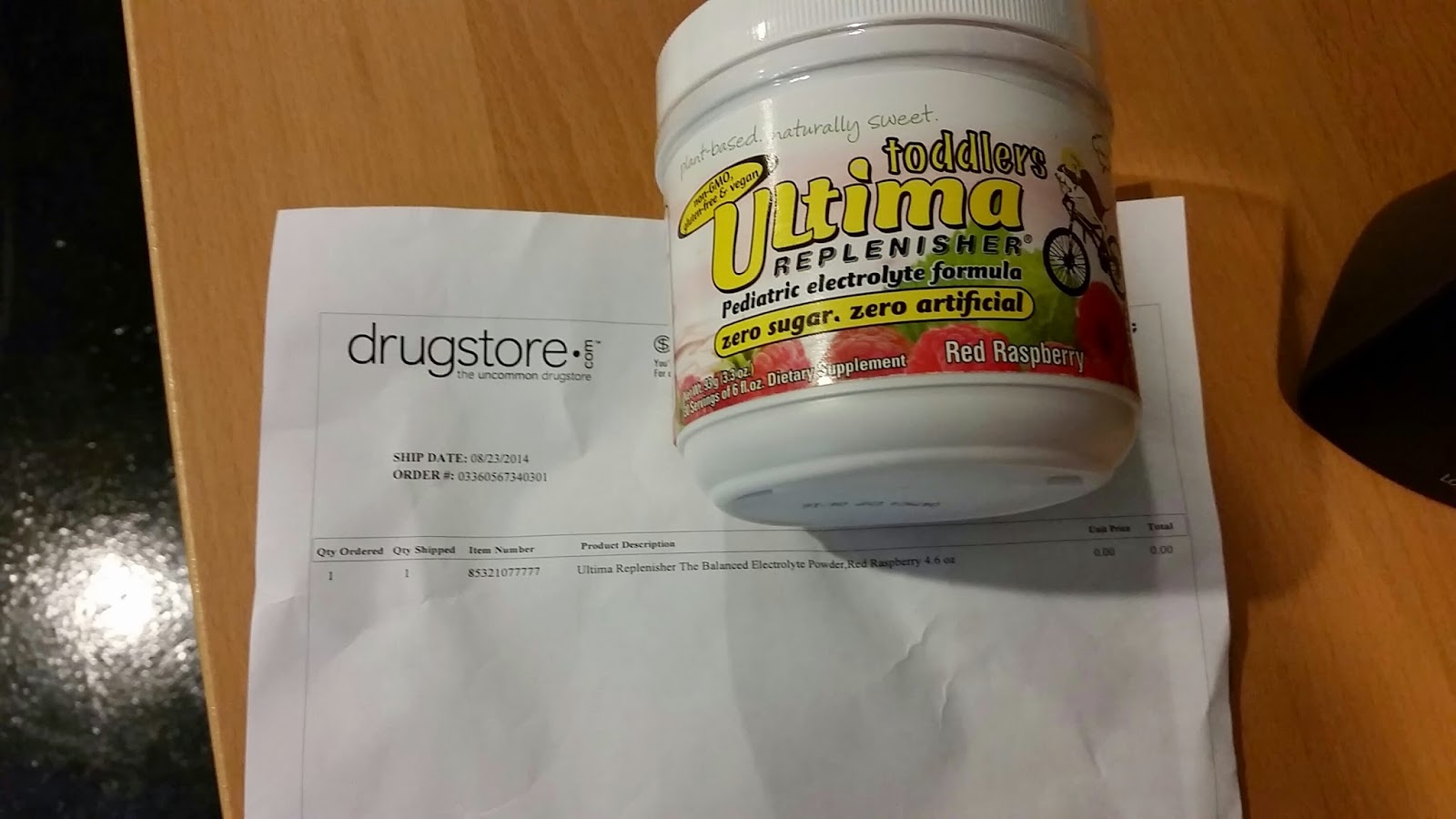 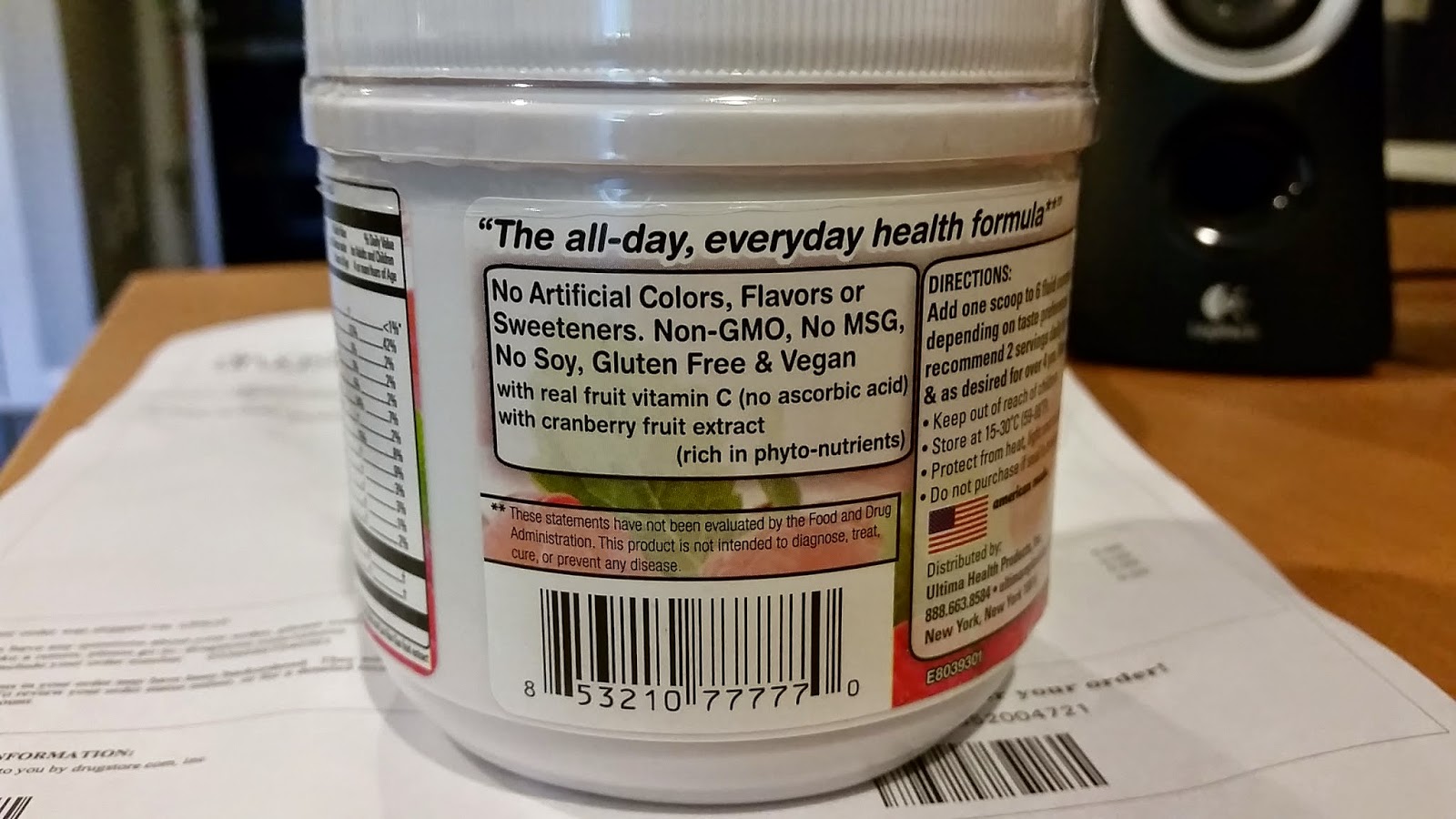 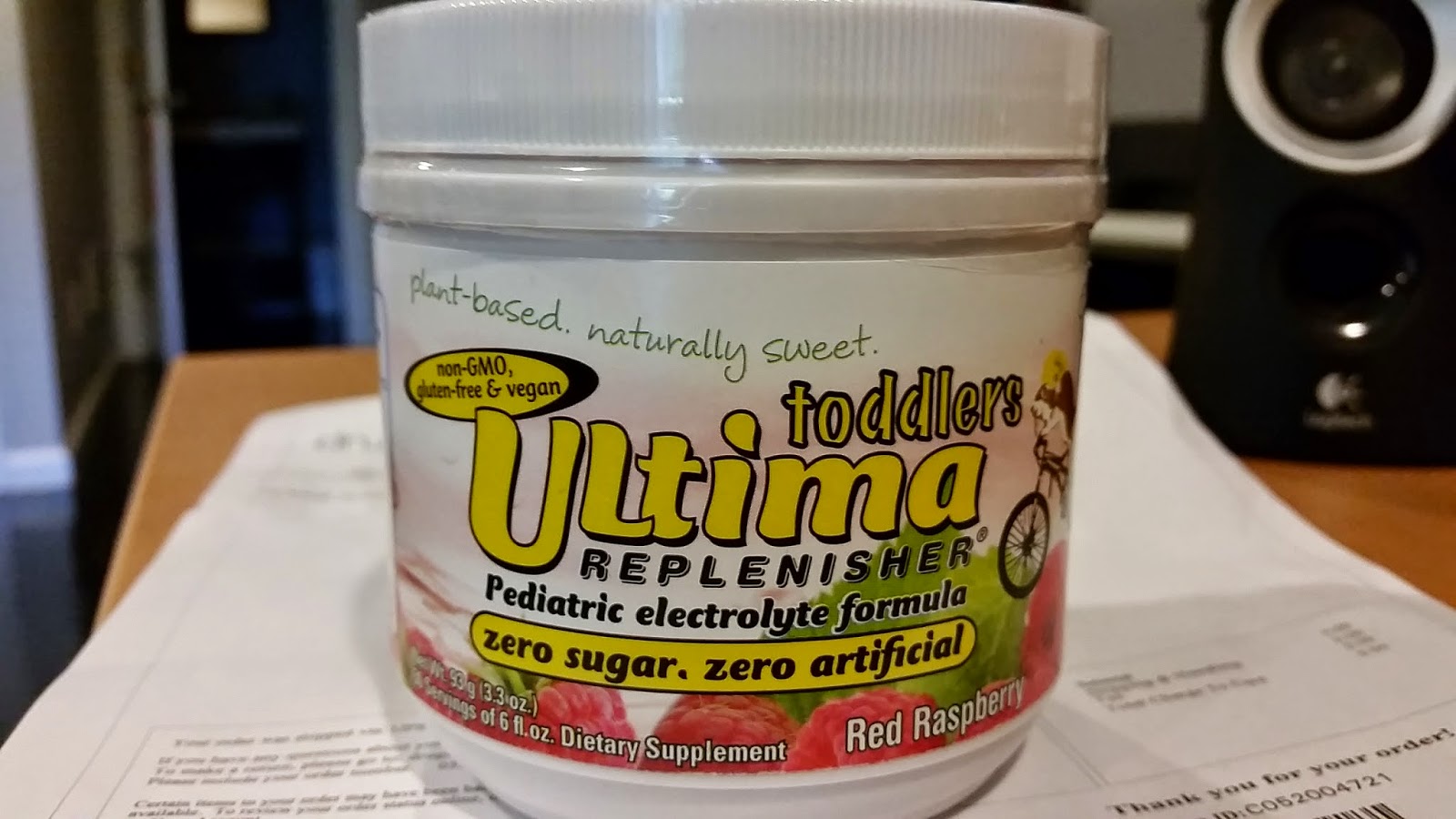